Veolia PET Norge started operations in Norway in 2020, and Plant Manager Torben Beck needed a system for employees to report incidents. Besides incident reporting, Veolia wanted to be also able to effecti­­vely communicate using the software. “When we started up production in three shifts we quickly found out that the communication between shifts is quite difficult. Also, only a few people in the plant have access to a computer during their working hours, so the mobile capabilities are really useful for us.” In the short time Veolia has had incy.io in place, they have found several creative uses for the software.‍

Veolia works to optimise resource management and collaborates with public and private sector entities to help them get the most out of their resources. Veolia’s focus is on recycling, water, energy and support services that contribute to the sustainable development of communities and industries. In 2020, Veolia Group supplied 95 million people with drinking water and 62 million people with wastewater services, while producing 43 million megawatt hours of energy and treating 47 million metric tons of waste. The group revenue for the year was €26 billion.

Veolia PET Norge started their brand new plant in Fetsund, 25 km outside of Oslo, in 2020. The plant has 3.800 sqm of floor space and 23 people working around the clock in 3 shifts.

Veolia PET Norge had the opportunity to start their operations almost immediately with Plan Brothers’ incident reporting system in place. From day one it was clear that they needed a system to effectively communicate incidents and risks. A part of the challenge was to enable frictionless communication between shifts, when the plant itself is very large and not very many people are present on the floor at any given time. “We wanted to be on top of any incidents from the beginning, and have a controlled registration of near misses, accidents, and safety improvement ideas. The system on the group level was only available in German, so we needed to choose another system that would support multiple languages” Beck explains.

Since Veolia PET Norge wasn’t operational for very long in the period before they went live with incy.io, they looked to mitigate any potential hazards before they appeared. “We know that the workplace can be a potentially dangerous place and we wanted this brand-new plant to have a modern solution that would also help us raise awareness of the possible dangers” says Office Manager Siri Bakken. They analysed the systems used in other countries and concluded that they wanted to have smart solutions from the very start. “Potential danger is always present, so we wanted to build up a strong safety culture that would help us avoid a lot of the dangers” Beck continues.

As Beck had been working with the system before, he was 100 % confident that incy.io would be able to cover their incident reporting needs. His only concern was that he wanted the platform to be used for more than just accidents. "If a tool is only used for accidents, employees won’t know what to do when a situation arises, because they will eventually forget what this thus far unused button is even for. The main question we had before choosing incy.io was whether we would be able to use it for more than just safety work. Instead of having several communication platforms, we wanted to have as much as possible in one system.”

Veolia PET Norge went live with incy.io in March 2021 after a few months of onboarding and setup. “There is always some resistance when introducing something new, but I think our employees really like the software. They have already made some very good safety observations where it has been clear what the problem was. The people in production find incy.io to be very easy, and they are happy to provide useful information enriched with pictures” says Beck. Pictures and other attachments are very easy to add to any observation, and the adage of ‘one picture says more than a thousand words’ rings true. Plant workers do not need to spend time explaining the problem when they can, with a few clicks of a button on their phone, show the problem and immediately notify management.

“We also have a laboratory in the plant, where a lot of calibrations are done. We wanted to avoid calibrations being a manual process, so we actually came up with a very easy solution for it – to just put in the different calibration measurements on a regular basis, and then grab the required information directly from incy.io’s statistics tool. This was not the initial plan, but it became a very obvious use case for us,” says Bakken. Incy.io is developed with adaptability in mind, and users often find ways to customise it to suit their range of needs, often some that were not even thought of during the adoption phase. Veolia PET Norge strived from the very beginning to have a wide range of uses for the software and have successfully done so since. “We are using only two types of software to run this entire plant, and incy.io is one of them” explains Beck. Bakken explains that the user friendliness is a major factor for the successful adoption of the software; “80% of us are using incy.io on the go with a phone, and it is so easy-to-use that we haven’t had any issues.”

In order to maximise the use of incy.io, Veolia PET Norge found clever ways to employ the system across several areas, not only for incident reporting and handling. One example of this was their shift leader report, used to streamline necessary communication between shifts. “A shift leader report is a document that the shift leader fills out at the end of each shift. This then gets automatically assigned to the next shift leader who’ll have a good overview of what has happened in the plant and if there’s anything they need to know before getting to work,” says Bakken. When most employees aren’t in the building at the same time, and the ones that are there have a good amount of floor space for themselves, information flow can become a hurdle. Veolia PET Norge overcame that hurdle with ease.

“Communication is one of our biggest use-cases for incy.io. For example, when a parcel arrives, the delivery man usually just takes a signature, leaves the package and runs away. Before, the package would be often lying around somewhere and the people who need it are not aware that it has arrived, and the person who signed for it would attend to other work and forget about it. Now we create a ticket in incy.io called ‘Goods Reception’ and assign it to the person who is mentioned on the package. It takes a very short time to do, you can see who has received it and whoever ordered it will instantly receive a notification of it. It is also transparent, so if a package has been lying around for days anyone can follow up on it” says Beck.

Veolia PET Norge also utilises incy.io to send general information such as updates and other small tidbits that don’t quite warrant a bulletin to all their employees. By going fully digital, this resource optimisation business has also avoided paper waste to an impressive degree. “In production we need paper to put labels on things, and our delivery guys need a sheet, but we’re able to operate 95% paper free thanks to incy.io” says Beck and continues: “I am 100 % sure that we are saving money with incy.io by optimising our processes and streamlining our day-to-day operations. We have been asked to show incy.io to our colleagues in Germany, and honestly, we’re quite proud to show it to them!”‍

“I am 100 % sure that we are saving money with incy.io by optimising our processes and streamlining our day-to-day operations." 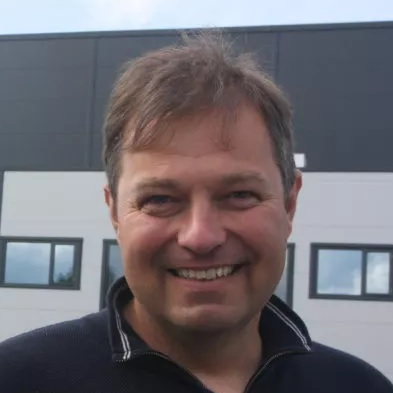