incy.io more than doubled the number of reported deviations

Incy.io was introduced in July 2016 in all the hotels and restaurants of Kämp Collection Hotels. Security Manager Petteri Sistonen receives security information from all the locations.

”Security is ultimately a sentiment that all is well. It requires clear and open communication, and employees must have a feeling that it’s always better to report a deviation instead of hiding one. Safety culture gets enhanced by really taking things into account. Safety first,” Sistonen says.

At Kämp Collection Hotels about 500 people report deviations. That includes the hotel reception, restaurants, chefs and waiters, top level management, and outsourced services such as doormen, security, and circuit security. The most frequently reported deviations include disruptive behaviour and theft, as well as workplace accidents. Incy.io is also used in bigger events, for example, when a VIP requires special attention.

Prior to the introduction of incy.io, deviation reporting at Kämp Collection Hotels was conducted using Word files. An employee had to first go to the company’s intranet, look for a specific Word form, fill it in, turn it into a pdf file and send it bye-mail to the department of occupational health and safety.

”The report did not necessarily always get through to all those people for whom it would have been useful,” Security Manager Sistonen recalls. ”The system worked okay, but of course the number of reported deviations is affected by how easy it is to report them.”

“Creating statistics was difficult in the old system. We had a variety of indicators, which were placed in Excel, but because the work had to be done manually, getting any statistics took a lot more time.”

Incy.io is easy to use and requires no training. Kämp Collection Hotels’ employees took to using incy.io effortlessly. ”It is essential that the system is easy and can be used on mobile devices. Not everyone is tech savvy, or necessarily understand the importance of reporting,”Sistonen explains. ”I wanted to introduce the new application in parallel with the old system and avoid the culture shock, but whenincy.io was introduced, I only received a few reports through the old system.”

Feedback from the employees is only positive. ”Before I heard questions like ’is this reporting really mandatory’, but now employees praise the app on how nice and easy the reporting is. The threshold is much lower,” Sistonen continues. ”We are also collecting positiveobservations and I’m happy to reward the staff for sharp observations.That way I can create a culture in which it’s okay to report anything.”

‍"Employees praise the app on how nice and easy the reporting is."

“It’s very important that I can define categories and modify the app to fit our needs, for example, by defining different metrics. In addition, the sociability of the application is important: there’s interaction in the report, and sharing is effortless,” Security Manager Sistonen says. “In the modern world, these issues need to be spoken about, and it has to be interactive.”

The top level management of the company was immediately satisfied with incy.io. “The system helps to clarify the responsibilities of the business units. General managers stay in the know and, for example, receive numerical data of how many sick days were due to workplace accidents. Many business units have started to take notice of new deviations and the responsiveness has improved. Everyone is happy,” says Sistonen. “And we wanted a system that lets us own our data”.

‍"The sociability of the application is important: there’s interaction in the report, and sharing is effortless."

‍"Employees save time, at least half if not more!"

Incy.io has enhanced the company’s safety culture. The number of reports has at least doubled. ”Employees save time, at least half if not more!”, Sistonen mentions, ”They don’t need to look for any forms on the intranet anymore, but now they can go to a single web address with any device.” The deviation is easy to categorise with a couple of clicks.

Security Manager Sistonen is very satisfied with the new tool. ”It saves a lot of my time. Previously, one report took 10 minutes on average. But now that I can look at it on my mobile phone or e-mail, it takes 3 minutes.” Time savings are then more than 66%.

"The application is really suitable and flexible for us, we can make modifications and create a variety of metrics. incy.io is easily worth the cost." 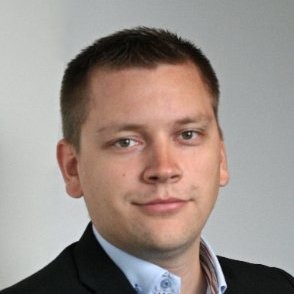