Highfield Healthcare have been using audits.io since April 2017, and introduced incy.io last year as part of their quality and risk operations. Head of Quality & Patient Safety, Lisa O’Farrell receives greater transparency and a better level of information from across the entire organisation.

“In order to drive a safety culture across the business it’s important to collect data and trends on what’s happening. With the nurses and the teams in the organisation helping to manage the incidents and audits reported, the safety culture has definitely improved.” Says O’Farrell.

At Highfield Healthcare over 200 employees, are able to report incidents that are happening during shifts, and around 50 people conduct audits. That includes, front line staff such as nurses, carers, nurse managers, doctors, Consultants, and our Clinical Director. They use incy.io for a wide range of incident reporting, such as complaints, organisational safety, and incidents related to patients, residents and visitors. Audits.io is used for audits and inspections related to compliance, quality, risk and safety.

Highfield Healthcare is "Ireland’s leading provider of acute and specialist mental health services" (http://www.highfieldhealthcare.ie/). It also provides nursing home care for elderly citizens and persons with dementia. It was established in 1825  as a family business by the Eustace family, and is now in its 5th and 6th generation. The business model has been modernised during the last 8-10 years and in 2012 a new building was added to their property, where a majority of the services are now provided.

In 2016 the day hospital for mental health was opened, and there are plans to further expand their acute mental health services later this year.

Before audits.io was implemented Highfield Healthcare was conducting audits with pen & paper across 15 wards. “There was no visibility of what was being reported. We didn’t know if we were doing good or doing bad.'' says O’Farrell.

O’Farrell wanted to introduce a more streamlined and digitised way of conducting audits, so she started looking for potential solutions.

“We wanted to find a system that was easy to use for everyone in our organisation, because if it wasn’t easy to use we couldn’t make people use the system.” she explains, “we looked at various solutions, however none were as user-friendly and flexible enough functionalities that we were looking for. But then we found audits.io, which had what we had been looking for.”

Audits.io is very intuitive, which makes it easy to use and easy to understand. Because it is so intuitive it required minimal training in order for us to start to use it in your daily operations. “Our staff really like it,'' O'Farrell says.

Highfield first started using audits.io as a pilot. “We wanted to see if the system was able to help us standardise the process of clinical governance and regulations. We wanted to move as much away from using pen, paper and excel as possible” she clarifies. “We wanted to increase the visibility on what was being done”.

Now she is able to log on to audits.io and see who has done what, and the reporting has become more transparent. On top of that she also found that the integration with PowerBI has been helpful, as she is able to get more detailed data on what’s happening in the entire organisation.

Before using incy.io, Highfield Healthcare’s incident reporting consisted of paper forms that were filled after an incident had occurred. These forms were then submitted to O’Farrell at the end of the week. She would then go through them every Monday when she came to work in the morning, which in some cases was too slow a reaction time.‍

The decision to go with incy.io was easy after the good experiences with audits.io. “The system is very versatile and customisable to our needs.” O’Farrell adds.

As the staff at Highfield Healthcare already knew how to use audits.io, the implementation of incy.io was very smooth.

“The system, as audits.io, is very intuitive and easy to understand. The reminders on follow-up actions are good to keep people up to date on what should be done” She notes.

Audits.io and incy.io have improved the safety culture in the organisation.

“There is now 97-98% close-out on incidents reported within a month, and even through the complaints' module was just introduced to incy.io, the regulators are already very happy with it.” O’Farrell tells.

The good thing about the tools are that they are like mobile apps, which is closer to what people use in their personal lives, and that has in part also made the implementation of them a lot easier.

‍Both products have helped massively to improve transparency and visibility between departments, services, and the units.‍

“We can now analyse what is good, what is bad, and what needs actions” Says Head of Quality & Patient Safety, O’Farrell. “We don’t have the need for manual reviews because all the info is now in one place, where we can ensure that things are closed off.”

“Working with Plan Brothers has been a great experience. The people at Plan Brothers are flexible and open-minded, and we get the support that we need. Audits.io & incy.io are good tools for us as they were easy to implement in our team with minimal training needed.” 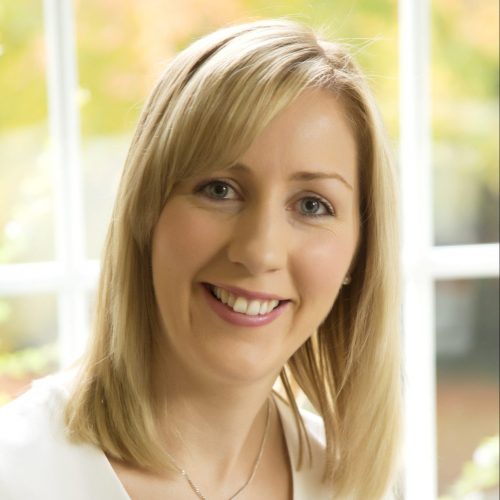