The Finnish National Opera and Ballet

The Finnish National Opera and Ballet uses both of Plan Brothers’ products: incy.io and audits.io. This case study covers the implementation and use of incy.io.

When Plan Brothers Oy was selected as a partner for this venture, Director of Security Services Samuli Nuutinen had clear expectations: “The most important thing in the decision making was that we won’t select a tool that we won’t use. I wanted to become convinced that the tool can be developed along the way since we couldn’t know all our eventual needs beforehand. Plan Brothers stood out with their implementation in mobile devices.”

The Finnish National Opera and Ballet has many kinds of workspaces and duties. The workers are the top of their branches, from ballerinas to set designers and from shoemakers to metal workers. The number of people and workers varies with the performed works.

As for number of workers, the Finnish National Opera and Ballet is a medium-sized company. They have about 550 salaried staff, a varying number of workers paid by the hour depending on the performances, and a lot of visiting artistsfrom Finland and other countries.

Before putting the incy.io application into operation at the Finnish National Opera and Ballet, critical observations and accidents were recorded with Excel, and the relevant people handled the results. Other observations were done by emailing or simply giving notes of paper to the manager or the person in charge.

The Finnish National Opera now uses incy.io application especially to take care of the safety of their workers. There are about 160 users at the moment. “Most of the accidents happen on stage, so we started from there,” Nuutinen said.“After that, we factored in the stage property room, and our goal is to extend it to other departments, also. We have thought of using incy.io for the sound department’s fault reports.”

“When choosing a tool, our priority was user-friendliness. Nowadays, we don’t want to fill out any scraps of paper.”

With incy.io, it’s easy for workers to report different observations or accidents. The most important thing is to mark the deviation category. “Even the time stamp and location will update automatically if the entry is made right after the deviation has happened,” Nuutinen said. All entries can be done with only a few clicks. “We also collect observations about good customs.”

When incy.io was put into operation, the instructions were sent to the personnel via email. “I had 10 minute briefings in the beginning of the shift. It’s easy to learn how to use incy.io even without training, but I wanted to motivate personnel to use it. The email included all the proper terms,” Nuutinen said.

Director of Security Services Nuutinen stated that creating the system was quick and easy. “You can manage the system yourself if need be. This helps with onboarding /training and internal development. Also, the reaction times can be kept really short. The everyday usage can be handled by us and we don’t need an external operator. We can also edit the reports, etc.”

“Of course, the system is still new and we have a big house. It hasn’t always been like a bed of roses. Some management changes were required during the onboarding process, so a few hiccups can be expected, but once it was set up, it was easy to use.”

“The most relevant thing to us is that the system is not just a pool of information, but the information is processed,” Nuutinen said. He’s happy that the incy.io service is constantly developing. “It’s not possible to know all of the needs beforehand, and on the other hand, the needs can also change. If there’s an accident or a near miss during a performance, it’s good to be able to easily check if there have been some similar events before.”

Incy.io has increased the transparency in The Finnish National Opera and Ballet. “Safety is discussed through the line organisation. The system forces us to also report the ‘negative’ decisions,” Nuutinen described. “Now observations and development ideas won’t drown into endless email conversations.”

“When an observation is marked as closed, it’s clearly marked with what has been done and what the action has been. This is a good start, but we are still in the beginning, and our aims lie further in the future. In the end, it’s about a change in the safety culture, which takes time and demands commitmentfrom the personnel. This user-friendly tool helps us achieve the goal, but doesn’t do the work for us.”

“The most important thing in the decision making was that we won’t select a tool that we won’t use. I wanted to become convinced that the tool can be developed along the way since we couldn’t know all our eventual needs beforehand. Plan Brothers stood out with their implementation in mobile devices.” 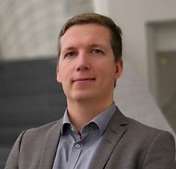